In this picture released by an official website of the office of the Iranian supreme leader, Supreme Leader Ayatollah Ali Khamenei attends a meeting with a group of religious performers in Tehran, Iran, Thursday, April 9, 2015. Iran’s top leader on Thursday stopped short of giving his endorsement to the framework nuclear deal struck last week between Teheran and world powers, while the country’s president warned separately that Tehran’s approval of a final deal depends on the immediate lifting of all sanctions related to its controversial nuclear program. (AP Photo/Office of the Iranian Supreme Leader)

Sanctions “should be lifted all together on the same day of the agreement, not six months or one year later,” Khamenei said.

The Supreme Leader repeated the regime’s long-standing position that military sites were off limits to inspectors. “[The] country’s military officials are not permitted at all to allow the foreigners to cross these boundaries or stop the country’s defensive development under the pretext of supervision and inspection,” he insisted.

Sanctions have crippled the regime; the Supreme Leader is far more desperate to get the sanctions lifted than when the talks started. The Supreme Leader feels threatened by his own population. As such, under no circumstances should the United States give up the sanctions, its only leverage in dealing with Tehran.

His remarks were in sharp contrast to what President Obama declared a week earlier at the Rose Garden about “the most robust and intrusive inspections and transparency regime ever negotiated for any nuclear program in history,” and contradicted the U.S. version of the framework agreement, which said “Iran will be required to grant access to the IAEA to investigate suspicious sites or allegations of a covert enrichment facility, conversion facility, centrifuge production facility, or yellowcake production facility anywhere in the country.”

Three conclusions can be drawn out of Khamenei’s remarks, which were in large part echoed by President Hassan Rouhani.

Second, the Supreme Leader has no intention of abandoning the nuclear weapons program. He remains intent to buy time, seek more concessions, and keep the pathway to the bomb open.

His comment that “if the sanctions removal depends on other processes, then why did we start the negotiations?” means that he wants to get the sanctions lifted without complying with the terms put forth by the international community.

A bipartisan role by Congress is critical for providing the additional leverage the president lacks now.

Third, the only way for the United States and its international partners to block Iran’s pathway to a nuclear bomb is to force it to comply with all UN Security Council resolutions. If the P 5+1 choses to pursue the talks, it should insist on the following in the final comprehensive agreement:

– Given Tehran’s three-decade history of denial, deception and duplicity, it should be made clear that the cost for smallest incremental violations will be heavy and quickly enforceable. Otherwise, the mere signing of the agreement, if it ever happens, will only ensure that Tehran will play another round of nuclear shell game. The standard for inspections should be snap-inspections, without the ability for Iran to veto or drag on the process. It must provide immediate and full access, to Parchin, SPND headquarters, and Lavizan-3 sites, to name a few. Also, the IAEA should be given access to much sought-after documents as well as nuclear scientists, including Mohsen Fakhrizadeh..

– Tehran should provide satisfactory response to a dozen outstanding questions related to Possible Military Dimensions (PMD) in a short period of time. This should be a central element of any compliance regime. Failure to do so should trigger additional punitive measurements.

– The stockpile of enriched uranium can be significantly reduced if shipped out of the country. Other options would leave the path open for cheating and denying the intended outcome.

– No research and development on advanced centrifuges should be allowed as it would enable Tehran to quickly race to the bomb at the time of its choosing.

Moving Beyond Nuclear Gridlock with Iran 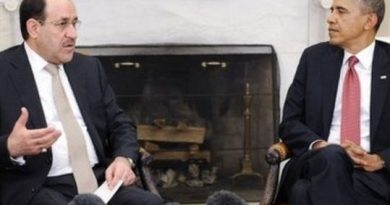