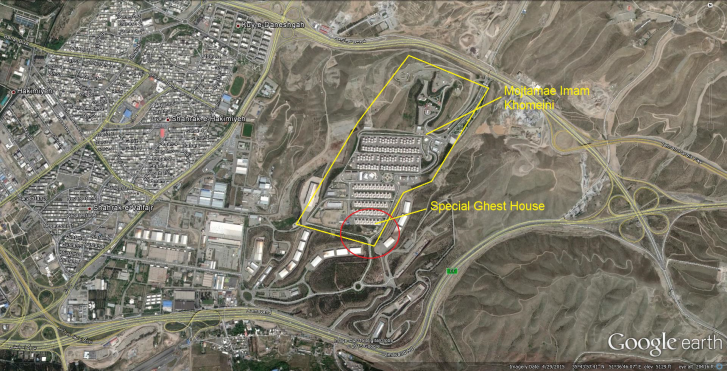 Also, citing confidential information from sources inside Iran’s Islamic Revolutionary Guard Corps (IRGC), the Ministry of Defense (MoD), research and aerospace agencies, NCRI said in a statement another group of North Korean nuclear weapons experts is slated to return to Iran in June.

A State Department official told WTOP, “We have seen these claims and we take all such reports seriously. We are examining the report but we have no information at this time that would lead us to believe that these allegations impact our ongoing negotiations over Iran’s nuclear program.”

Iran’s hardline government has repeatedly said it is pursuing a nuclear program for peaceful purposes. But Alireza Jafarzadeh, deputy director of NCRI’s Washington-based U.S. office said the group has uncovered what he called a “big, big, red flag”.

During North Korea’s third nuclear weapons test in February 2013, according to NCRI, Iran’s top nuclear experts traveled to Pyongyang to observe the trial.

“If Tehran’s claim is that their program is for peaceful purposes, how can they explain their extensive relationship with North Korea (DPRK), including observing the nuclear test,” asked Jafarzadeh.

Collaborative efforts on missile development between the two countries are no secret, but the relationship allegedly runs much deeper.

“The North Koreans have been heavily involved beyond the missile program. They’re involved in helping (Iran) with a nuclear warhead as well as their nuclear program,” said Jafarzadeh.

“This would be a significant danger if they are collaborating on nuclear weapons,” said Joseph Detrani, president of the Intelligence and National Security Alliance.

According to Detrani, who previously served as the North Korea mission manager for the U.S. intelligence community, “We know they have a close relationship on missile development going back years. Iran has sent delegations to observe North Korean tests, and there has been a good deal scientific exchange.”

But the exchange has now crossed what Jafarzadeh calls “the red line,” into the transfer of nuclear weapons technology.

For Detrani, that is worrisome, “because we saw (North Korea) working with Syria, which led to the 2007 Israeli military’s destruction of a nuclear reactor in Syria’s Deir ez-Zor region. So it would not be a stretch for them to do it with Iran.”

Dr. David Kay, senior research fellow at the Potomac Institute for Policy Studies and a former United Nations weapons inspector, believes nuclear weapons cooperation between the two is all but a forgone conclusion.

“Quite frankly I wouldn’t be surprised. I’d be skeptical if they haven’t done it, because they collaborate so closely in so many other areas,” said Kay.

NCRI said the most recent North Korean visit, which took place the last week of April 2015 was conducted in total secrecy.

A group of “seven North Koreans stayed in a special guesthouse located in northeast Tehran known as ‘Imam Khomeini Complex,’ and they were moved around in vans with dark-tinted windows and curtains,” said Jafarzadeh.

“The delegates,” according to Jafarzadeh, “included nuclear experts, nuclear warhead experts, and experts in various areas of ballistic missiles including guidance systems. The North Korean delegations have also provided assistance and consultation in the areas of aerodynamics, missile body design, and electronic components of warheads.”

The group of North Koreans expected to arrive in June, according to NCRI would include nine nuclear weapons experts.

Aware of the talk about the growing collaboration, the State Department official said the U.S. is working with the international community to exercise robust vigilance over the DPRK’s proliferation activities and is urging other United Nations member states to “implement all relevant UNSCRs on the DPRK and Iran fully and transparently.”