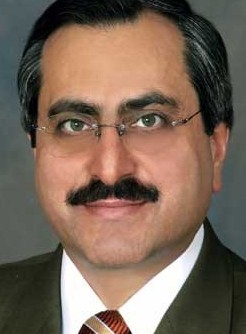 On November 15, the International Atomic Energy Agency (IAEA) issued its report about the latest status of Iran’s nuclear program. Since the publication of the report, both Tehran and its critics are claiming victory. Tehran is using the report to claim that its nuclear program is a peaceful one, and critics have relied on the report saying that it is further indication that Tehran has not complied with the United Nations Security Council resolutions, has continued its uranium enrichment and deserves further punishment.

What is missing from the report, among other issues, is the role of the Islamic Revolutionary Guards Corp which has been running a secret nuclear weapons program in parallel to the nuclear energy program run by the Atomic Energy Organization of Iran (AEOI).

According to paragraph 10 of the IAEA report, “In response to the Agency’s enquiry as to whether there was any military involvement in the program; Iran has stated that no institution other than the AEOI was involved in the decision making process or in the implementation of the centrifuge enrichment program.”

This is an absolute lie. The centrifuge program has been and continues to be under the control of the IRGC since the beginning. As I elaborated in my previous column, “Islamic Revolutionary Guards Corps: Chief Proliferators of Weapons of Mass Destruction,” in 1983, the IRGC initiated Tehran’s nuclear research and development program at the height of the Iran-Iraq war.

In 1987, the notorious Pakistani nuclear scientist AQ Khan, in his secret trip to Iran, met with senior commanders of the IRGC to assist Tehran in the development of its nuclear bomb.

IRGC Brig. Gen. Ali Hossein-Tash oversaw the nuclear weapons program of Iran. He was until 2005, the deputy Defense Minister and is now a member of the Supreme National Security Council. Former chief nuclear negotiator, Hassan Rowhani, in his little-publicized farewell letter thanked Brig. Gen. Hossein-Tash, among others, for his role in the nuclear program.

The nuclear program is now overseen by IRGC Brig. Gen. Ahmad Vahidi. Vahidi, the former commander of the notorious Qods Force designated by the U.S. government as a terrorist entity, is also the deputy Defense Minister, and one of five terrorists whose warrants of arrest were confirmed by the Interpol for the 1993 bombing of the Jewish Community Center in Argentina where nearly 90 people were killed.

In paragraph 12 of the report, Tehran’s claims are stated with no refutation, that the centrifuge program between 1987 and 1993 was only run by the AEOI. “Iran has also stated that during this period, the R&D work was conducted only by the AEOI, without the support of universities or the Physics Research Centre (PHRC).” Sheer lie!

To the contrary, various universities were used by the IRGC since 1985. They included Sharif University of Technology, Amir Kabir, Tehran, Beheshti, Shiraz, and Science and Industry universities which were all used by the IRGC. As I revealed in The Iran Threat: President Ahmadinejad and the Coming Nuclear Crisis (Palgrave: 2007), in mid-1980s, Maj. Gen. Mohsen Rezai, at the time in command of the IRGC, had approached a number of expert scholars, asking them to help the regime get the bomb, which it needed, as it does now, to dominate the region.

In addition, the IRGC-run Imam Hussein and Malek Ashtar military universities are heavily involved in the nuclear weapons program, as Iran’s main opposition, the National Council of Resistance of Iran (NCRI) divulged. NCRI’s past revelations have been proven accurate. Two senior nuclear scientists and IRGC officers, Mohsen Fakhrizadeh and Fereydoon Abbassi oversee the nuclear R&D program at Imam Hussein University, now one of the most advanced in the country..

By 2003, the IRGC had up to 400 nuclear experts and scientists who were primarily transferred from the Atomic Energy Organization of Iran to the Defense Ministry.

Paragraph 17 of the IAEA report noted, “Iran stated that, during the period 1993 to 1999, it was still experiencing difficulty in producing components for P-1 centrifuges and manufacturing reliable P-1 centrifuges. It said that only limited human resources were devoted to the project until 1997 and that, around 1998, additional theoretical and experimental studies were initiated at the Amir Khabir [Kabir] University.” This, too, is a myth.

Various university and research resources have been allocated to the centrifuge program during the same period. Tehran intends to minimize the scope of its program and the depth of its deception to prevent the international community from further probe.

Even though the IAEA concedes in paragraph 18 that the military has been involved in the centrifuge program, it refrains from pursuing other leads, refuses to question why the military is involved in a supposedly nuclear energy program, and has failed to inspect the military sites revealed by the main Iranian opposition since 2003.

“Iran has provided names, locations and activities of the workshops involved in the domestic production of centrifuge components, most of which are owned by military industrial organizations,” the report says. According to the NCRI, Jafar Mohammadi, a key expert in the manufacture of the centrifuges at the Defense Industry Organization (DIO), was later transferred to the AEOI to oversee the centrifuge program in Natanz uranium enrichment facility. He headed a front company, Farayand Technic, exposed by the NCRI in 2002. Ali Karimi, another DIO expert was also transferred to AEOI, now involved with the centrifuge program. This clearly shows that Tehran has been using the AEOI to facilitate the nuclear weapons program.

In paragraph 25, the IAEA report noted, “The Agency received a copy of the 15-page document describing the procedures for the reduction of UF6 to uranium metal and casting it into hemispheres. Iran has reiterated that this document was received along with the P-1 centrifuge documentation in 1987.” This corroborates with other information provided by the NCRI indicating that the IRGC waged an extensive effort in 1987 to get the nuclear bomb, as it was clearly losing momentum in the Iran-Iraq war (1980-1988).

This was also confirmed in a letter in 1988 by Ayatollah Ruhollah Khomeini, which contained a laundry list of what the military commanders needed for carrying on the war against Iraq. It quoted the IRGC supreme commander as saying that within five years Iran would need laser-guided and nuclear weapons to win the war.

If the IAEA continues to close its eyes on the evidence regarding the Iranian regime’s military involvement with the nuclear program, it would be buying Tehran the precious time it desperately needs, paving the way for the religious fascists ruling Iran to get the bomb.

Has the world learned from Iran’s nuclear deceptions?