Five years after the launch of Operation Iraqi Freedom in 2003, we are faced with the grim reality that despite gains in recent months in curtailing sectarian strife and improving security, Tehran has emerged as the de facto winner in Iraq. Without a major shift in the political and security status quo, that will not change. That’s the bad news. The good news is, there is still a window of opportunity to reverse the ayatollahs’ gains if the United States, with a sense of due urgency and creative realism, adjusts its policy.

Back in early 2003, as U.S. forces prepared to invade Iraq, the rulers of Iran moved to turn Iraq into the frontline in their confrontation with the United States. Their goal? To make Iraq their avenue to spread Islamic extremist rule in the Middle East. Although Iran’s nuclear weapons program is of great consequence, Iraq is the crucial battleground that will make or break the ayatollahs’ grand vision of establishing a global Islamic rule.

Tehran’s No. 1 foreign policy agenda is, and always has been, to export its extremist brand of Islamic rule to the rest of the Middle East and the world. Iraq, given its Shiite-majority population, important Shiite shrines, and extensive border with Iran, was the natural cornerstone of this grand agenda. These global ambitions are hard-coded into their constitution.

So it is no surprise that Ali Khamenei, the mullahs’ Supreme Leader who determines Tehran’s strategic and macro policies, saw the 2003 Iraqi invasion as a golden opportunity. In an April 2003 issue, Newsweek reported that “U.S. intelligence has tracked roughly a dozen Iranian agents directly from Tehran to Al Kut in the last month … what really unsettles U.S. officials is the dawning sense that the Iranians planned in advance to move in as soon as Saddam’s men were gone.”

With Saddam’s army out of Baghdad, the doors to Iraq were wide open. This new access gave the Iranian regime an unprecedented opportunity to work from the ground up to build Tehran-friendly infrastructures to destabilize Iraq from within. Its campaign included seven spheres of influence: economic, political, religious, social, propagandist, intelligence-gathering, and terrorist. Tehran pretty much followed the model it was using in Lebanon with the Hezbollah, i.e. “to send in people who are effectively guerrillas and have them get in the country and try to set up social services and decide that these social services are their ticket to popularity,” as Paul Bremer, the top US civilian administrator of Iraq, said in May 2003.

Influencing Iraq’s political process and security situation were and are perhaps the most important facets of Tehran’s plan. Politically, this included hijacking and rigging of the electoral process, and using Iraqi surrogate Shiite groups, groomed for many years by the Ministry of Intelligence and the IRGC’s Qods Force, as its Trojan horses.

Tehran also pursued the purge of Iraqi officers with long experience in thwarting the plots hatched by Iran’s Ministry of Intelligence. At the same time, it planted its own surrogates in both leadership and rank-and-file positions within the security and intelligence apparatus of the new Iraqi government. Before long, these agencies became Tehran’s primary instrument in eliminating nationalist Iraqi politicians who opposed Iran’s undeclared occupation of their country. The same agencies became the behind-the-scenes masterminds and operatives of the sectarian conflict.

Economically, Iran conspired to keep Iraq weak, unstable and dependent on Tehran by systematically destroying Iraq’s infrastructure while negotiating lucrative contracts for the very same projects those surrogates had destroyed. The bombing of power and water plants to blowing up factories and pipelines, are just a few examples.

Unfortunately, U.S. policy has unintentionally yet effectively benefited the Iranian regime. In 2003, when Iraq’s government collapsed, the U.S. made a flawed assessment of who its foes and friends were in Iraq, and threw open its doors to Tehran’s Trojan horses. It compounded the mistake by bombing the bases of the staunchly anti-fundamentalist Iranian Mujahedin-e Khalq (MEK) (even though before the war the group had publicly declared its non-belligerence) in exchange for Tehran’s promise of non interference in Iraq. MEK forces later voluntarily handed over all their heavy weapons and small arms to the coalition forces as part of a consolidation of their forces in their main headquarters in Ashraf City, Iraq. Ashraf residents were later recognized as “protected persons” under the Forth Geneva Convention.

Five years on, we can look back and clearly see that the strategic enemy in Iraq is the ayatollahs’ regime in Iran. As long as the mullahs rule Iran, Iraq will never be fully secure or truly democratic. Such an Iraq will sooner or later, likely turn into a client state of Iran, ensuring decades of bloodshed and chaos in the region and beyond.

Five years on, we can also look back and see that brave, nationalist Iraqis of all religious and ethnic backgrounds are rising to make a stand against the ayatollahs and their proxies. In their struggle to evict Tehran from their country, these Iraqi leaders have naturally and logically come to the realization that such an effort cannot succeed without forging a strategic alliance with the ayatollahs’ enemies from within.

In June 2006, senior Iraqi political figures released a declaration signed by an impressive 5.2 million Iraqis, who emphasized that the MEK was “the counterbalance to the Iranian regime’s intervention.” A year later, Tehran’s failure to gain grassroots support among Shiites was exposed when more than 300,000 Shiites in southern Iraq called for an end to “Iranian terrorist interferences,” and supported the continued presence of the Iranian opposition in Ashraf City, Iraq, as a guarantee for Iraq’s independence from the Iranian regime’s ominous domination.

Five years after its initial assessment of the internal and external forces influencing the situation in Iraq, Washington should have a true, battle-tested understanding of who its foes and friends are, and adjust its strategy and tactics accordingly. That requires evicting Tehran and its surrogates from Iraq, empowering the anti-extremist voices of Iraqis, as well as reaching out to those Iranians who are committed to establishing a free and democratic Iran. Time is fast running out. 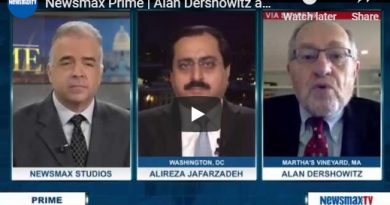 Still Time to Save Iraq From Tehran’s Claws