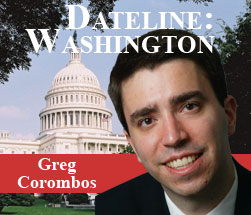 New reports suggest Iran maybe only two months away from being able to have enough enriched uranium to build a nuclear weapon. How accurate does this seem to be? What would be the next steps before Iran could deploy a weapon? What should the U.S. position be? We ask Alireza Jafarzadeh, former spokesman for the Iranian Parliament in Exile and the man who first warned the West of Iran’s latest nuclear intentions.

Listen to the Pod Cast

Audio is transcribed below:
Greg Carumbus: This is Greg Carumbus  of Radio America reporting for Worldnet Daily. My guest this time is Alireza Jafarzadeh, he is the former spokesman for the Iranian Parliament in Exile, and he was the first man to warn the West about Iran’s nuclear intentions. We wanted to get his thoughts today  on reports circulating Israeli newspapers and elsewhere, that the Iranians may now just be 8 weeks, or 2 months away from actually producing a nuclear weapon. Alireza, good to have you with us again.

Alireza Jafarzadeh: Great pleasure to be on your show as always.

There are so many different projections that we have heard over the last few years about how close they are to a weapon, how close they are to a delivery system for that weapon, and anytime these reports come out, its always worth discussing how credible the information is based on your expert knowledge and what you know of the current progress in Iran and how believable are these reports.

Alireza Jafarzadeh: I’ve seen those reports in newspapers here in the United States as well,  of course you can never know for sure how advanced Iranian regime’s nuclear weapons program is, because the entire program has been kept secret by the Iranian regime, and basically much of what we already know is not because Tehran revealed it, but because the main regime opposition which you said earlier, the MEK revealed it. So whatever we know already and based on the IAEA inspection of some of the nuclear sites that the IAEA had access to. Tehran has about 57 kg of 20% enriched Uranium and a total of about 4,100 kg roughly of low enriched Uranium. What does that mean? That means that Iran does have the capability to further enrich the 20% Uranium and up to the 90% and then once they have enough of that, that will give them enough material for at least one nuclear bomb. With the amount that they have now, it’s not enough, this is based on what we already now. But we remember that Iranian regime officials have announced earlier that by September 2011, which is about you know two-three months from now, they would have 120 kg of 20% enriched Uranium. That’s about the borderline  of how much you actually need to eventually turn that into enough material for one nuclear bomb. So theoretically speaking, within a few months,  they may very well be in the range of having the material, the next question is the technology to actually build a bomb, and I think that’s the big secret, that no one knows how advanced they are, but the information we are getting is that they have been working on it extensively. This is the most secretive part of the program, there are certain units, that under the control of the IRI has been working on nuclear warheads, and in the latest reports by the IAEA, the references to some experiments that the activities that Iran has been doing related to nuclear trigger and some military applications of the nuclear activities that has no explanation except using them for the bomb. So am I concerned? Yes, definitely I’m concerned; whether the two months period is accurate? I don’t know, there is no way we can find out about that.

Greg Carumbus: We’re talking with Alireza Jafarzadeh and Ali, in terms of delivery systems , we’ve obviously seen some missile tests in recent years, that’s a little bit harder for them to hide if they’re gonna determine whether these things can work, how far along are they in the process of developing that?

Alireza Jafarzadeh: Well in terms of the delivery system, we know that they are working on a number of missiles, we know they already have the Shahab-3, and they are working on more advanced missiles, they have Ghadar-101 and 110. And some other more advanced form of Shahab could be used to turn them into nuclear warheads. How far advanced they are on that, I don’t know, but I know the most secretive part of the missile program is the part that is working on the nuclear warheads, that they have one operation in the Khojir area near Tehran that they’re working on nuclear warheads, and I remember that the overall nuclear program is being secretly brought under the control of the Iranian Revolutionary Guards. That’s the signal of which directions they’re going, remember the new head of the Atomic Energy Organization of Iran Fereydoon Abbas is the former commander of the Revolutionary Guard, who worked for the revolutionary guards who taught at the university of revolutionary guard institution, and who was on top of the most advanced enrichment program of Iranian regime, so you see more of the control of the military and less of the civilian part of it, and I think that’s the accurate picture now.

Greg Carumbus: Just a couple more minutes left with Alireza Jafarzadeh, and a couple of quick questions in that time. So first of all, the reports were also seeing suggest that military strikes are no longer really an option to do much damage in stopping this nuclear program. I know that’s never been your desire to see that tactic used in order to stop this, I know you believe that its needs to come from within the country, and we’ve seen attempts to do that in the past 2-3 years. What’s the right policy for the U.S administration and our allies to have as we seem to be getting closer to midnight on this Iranian nuclear project.

Alireza Jafarzadeh: Absolutely. I think there is a growing voice in Washington, both on the Republican and Democratic side. Senior, former administration officials who have been dealing with national security terrorism issues, from former Homeland Security Tom Ridge to John Bolton to Judge Michael Mukasey, former Attorney General, 3 consecutive chairman of the joint chief of staff. And then on the other side there’s General James Jones, General Wesley Clark, Governor Bill Richardson, and a whole host of others who’ve been saying that the most influential policy would be the policy of encouraging change from within, and that cannot happen unless the main Iranian opposition, the Mujahedin-Khalq, the MEK is removed from the State Department’s terrorist list, and they see that as a major obstacle, that they see that as a leftover signal of the old policy of appeasement, and they feel that the main opposition that was instrumental in exposing these nuclear sites and inciting the demonstrations inside the country need to be free and operate in full throttle rather than be designated and pay the consequences for the designation. And they also believe that keeping the main opposition on the terrorist list sends the wrong signal to Amadinejad and Khamenei who continue to defy the international community and suppress dissent inside the country.

Greg Carumbus: Last question sir, real quickly, obviously anytime Iran would get a nuclear device, American forces in Iraq, potentially Afghanistan, certainly Israel, can be a target, but especially now at a time when the entire region is in such a volatile state, what’s the impact of Iran potentially getting a nuclear weapon in the next couple months?

Alireza Jafarzadeh:Well you certainly don’t want to see that kind of situation at all, because I think that’s very damaging for all the countries in the region, including U.S allies. Even the Arab countries who are experiencing the Arab Spring, are gonna face a setback, because what you wanna see is a weakened Iran regime, if not regime change in Iran, because Tehran is trying to exploit the situation in the Arab spring, and so every effort should be done to prevent Iran from getting the bomb, and every effort should be done to side with the people of Iran who are already rising up trying to change the regime in Iran.  A democratic, free, non-nuclear Iran would have a significant impact in the turn of events in the entire region.

Greg Carumbus: And very quickly, is it most likely that if they did develop this device it would be used for a test and not necessarily as a threat or a saber-rattling for the region?

Alireza Jafarzadeh:Well, knowing these Ayatollahs, anything could be expected from them, remember they’re already causing tremendous trouble for the whole world; they’re the leading state sponsors of terror, even without the bomb they are calling for countries to be wiped off the map, so  I think they have left no mercy on their population, and they have been behind major terrorist attacks in the region. So I wouldn’t think that they just want it for saber rattling, I think that if they have it and the opportunity comes, they would use it.

Greg Carumbus: Alireza thank you so much for your time today.

Should the U.K. Be Deepening Ties With Iran?