Since the Nov. 8, 2011, release of the International Atomic Energy Agency’s latest report about Iran’s nuclear program, Tehran has waged an all-out campaign to dismiss the IAEA’s findings, while implicitly threatening the world with a terrorist response.

“Iran will respond with full force to any aggression or even threats in a way that will demolish the aggressors from within,” Supreme Leader Ali Khamenei said.

The regime’s president, Mahmoud Ahmadinejad, said that the report’s findings were dictated by the United States, vowing Iran would not abandon its nuclear agenda.

But on Nov. 11, the IAEA showed letters and satellite imagery to United Nations member states as additional proof that the report is credible. Catherine Ashton, the European Union’s foreign policy chief, said the UN agency’s findings “strongly indicate the existence of a full-fledged nuclear weapons development program in Iran.”

Overwhelming evidence unveils a pattern stretching over years, of covert activities with a significant military component that cannot be explained away for any purpose other than building a nuclear warhead. Despite the IAEA’s definitive conclusion that “Iran has carried out activities relevant to the development of a nuclear explosive device,” the Iranian regime continues to claim that its nuclear program is for peaceful purposes.

In like manner, the world’s foremost state sponsor of terrorism denies all the evidence and claims that it is itself a victim of terrorism. Tehran is responsible for the murder of thousands of Americans since the mullahs came to power in 1979. The regime has supplied its proxies in Iraq with advanced EFP bombs that pierce through armored vehicles; it held American diplomats hostage in Iran for 444 days back in the 1980s; and it blew up the Marine barracks in Lebanon, killing hundreds of Americans, and Khobar Tower in Saudi Arabia, where 19 American servicemen were killed.

There is widespread speculation as to how fast Iran could obtain nuclear weapons. There may never be consensus on that because we don’t have a full picture of what else Tehran has been hiding. But one thing should be clear; the world cannot afford to wait another two years, because it might be just too late to act.

The question is, what can and should be done?

For three decades, Washington’s Iran policy has oscillated between engagement and threats of military action. Given the problematic nature of the latter, engagement has essentially held sway, giving the Iranian regime a golden opportunity to rapidly advance its quest for the bomb.

Eight years ago, the European Union began its negotiations with Iran to halt its uranium enrichment program. Three years ago, President Obama initiated his attempt to unclench the fist of Supreme Leader Ayatollah Khamenei.

As the IAEA report confirms, neither engagement nor sanctions have succeeded in halting Tehran’s nuclear drive. Instead of oscillating between these narrow options, Washington should focus on the Iranian opposition and its struggle to bring about a democratic and non-nuclear Iran.

Iran’s principal opposition movement, the Mujahedin-e Khalq (MEK), has been the source of much of the intelligence revealing the existence of multiple nuclear sites scattered across Iran. In 2002, the MEK reported the groundbreaking revelation of the uranium enrichment facility in Natanz. It was also the same group that released valuable intelligence about the regime’s Qods Force, whose notorious activities in Iraq incite violence and support the extremists.

And the MEK was instrumental in the 2009 uprisings in Iran. Its slogans of “death to dictator” and “death to [Supreme Leader Ali] Khamenei” became the predominant slogans, and most of those later hanged for their dissent were MEK supporters.

Little can be done to stop Iran from advancing its ambitious nuclear weapons program, unless we factor in the Iranian people and their organized opposition committed to replacing the regime with a democratic, secular, and non-nuclear republic.

Yet the biggest obstacle blocking the option of real democratic change, experts believe, remains the U.S. State Department’s inclusion of the MEK on its terrorist list. This has drawn the ire of senior members of the House Foreign Affairs Committee, the Select Committee on Intelligence and some 100 members of Congress who co-sponsored a bi-partisan resolution that calls for delisting the MEK immediately in accordance with a federal court order.

Tehran’s apologists argue that if the U.S. takes a tough approach to counter Iran’s nuclear threat, the Iranian people will rally behind the regime’s leaders, including the IRGC. Make no mistake; nothing can mobilize Iran’s population behind its ruthless rulers.

To the contrary, nothing has been more destructive than engagement packaged under different names. Iran’s people are not unified behind the mullahs’ nuclear program; they are united in their anger toward the regime’s rulers, and their deep-rooted desire for democracy and human rights.

It is time for the Obama Administration to wake up to the lessons of the Arab Spring. Dozens of former senior administration officials tasked with keeping America safe, believe that the U.S. must abandon its decades-old policy of engagement with the ruling dictatorship, and recalibrate its policies to accord with the realities of the region. A “Persian Spring” is imminent. 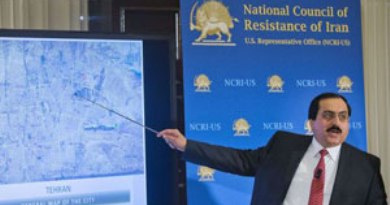