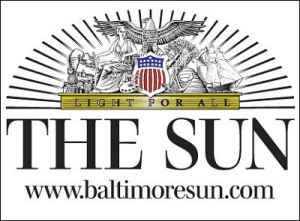 After a yearlong round of escalating international economic sanctions and rhetoric, the regime in Iran has finally come around to raising expectations that it will take some constructive steps in reining in its nuclear weapons ambitions. But this cycle of threat and accommodation has played out before, and its outcome should have been predictable.

According to the information provided by Iranian dissidents obtained from their sources inside the regime, as well as the U.N.’s atomic watchdog agency, the nuclear genie is out of the bottle in Iran, and the regime’s genius for delay and subterfuge will only give it the time to complete the dash to a workable weapon.

Every major effort by the U.S. to negotiate with Iran since the 1979 revolution has failed. The regime has always received its ransom: weapons from President Ronald Reagan, the listing of the democratic opposition group the Mujahedin-e Khalq (PMOI/MEK) as a “terrorist” group by President Bill Clinton — by giving a glimmer of hope and then delivering nothing in return.

This cycle continues with the Obama administration. The Iranian nuclear envoy expressed confidence about an offer put on the table by the West in October 2009 as a step toward solving the nuclear issue. Then, after the uprising in Iran was violently suppressed in 2009, Iran announced the nuclear deal was unacceptable. Meanwhile, Iran had enriched uranium to the 20 percent level, a significant scientific leap toward acquiring fissile material for the bomb.

The regime is motivated by fanatical zeal and an outsized sense of importance in the region. The acquisition of nuclear weapons is conflated with these motives, and that is why no amount of political concessions and economic incentives can stop this drive.

Information obtained by the network inside Iran of MEK makes it abundantly clear that Iran has expanded the organization responsible for nuclear weapons development. Their findings reveal a complete, elaborate and highly secret research structure and a network for procurement of the parts and equipment required to build nuclear weapons.

Identities of 60 directors and experts working in various parts of this organization (abbreviated in Farsi as SPND) and 11 institutions and companies affiliated with it have been detailed. The underground nuclear site near the holy city of Qom known as Fordow, which has been involved in enriching uranium to 20 percent (dubbed by Tehran as necessary fuel for its medical research) is actually run by SPND and controlled by the Islamic Revolutionary Guard Corps.

This information sharply contradicts the assessment by some in the administration that Iran has not yet made the decision to go forward with the weapons program, as well as the observation by others who suggest that Supreme Leader Ali Khamenei has forbidden the development of a nuclear bomb.

Iran’s foreign minister, ahead of nuclear talks, suggested that the negotiations should be used only to build trust, making it clear that the Iranian regime’s leaders had already decided to use the talks to buy even more time, without making any concessions.

With each attempt at negotiation with Iran, America has fashioned a lash for its own back. It’s time to turn one of those lashes against the regime. As a majority of members of Congress stated, the dissident group, MEK, which exposed key nuclear sites of Iran, was unjustifiably put on the list of terrorist organizations as one of many U.S. efforts to placate Tehran. This is an unarmed, secular group dedicated to a democratic and non-nuclear Iran. The regime rightly fears and hates it and devotes its resources to destroy or demonize it.

President Barack Obama should delist the group immediately, just as a U.S. Court of Appeals has urged him to consider doing on the basis of a lack of evidence against the dissidents. Doing so will call Iran on its bluffing, and it is a reasonable step that falls between insufficient sanctions and unimaginable warfare. Doing so is consistent with U.S. efforts to be on the side of the millions in Iran, who showed the world that they want the ruling theocracy overturned. It is time for America to change course.

Alireza Jafarzadeh is the author of “The Iran Threat: President Ahmadinejad and the Coming Nuclear Crisis.” He exposed the nuclear sites in Natanz and Arak in 2002, which triggered the International Atomic Energy Agency inspections of the Iranian nuclear sites. His email is jafarzadeh@spcwashington.com.

How to Stop Iran’s Nuclear Threat

Should the U.S. Be Tougher on Iran With Sanctions?